Welcome to apdiving.eu - the new web shop for AP DIVING EUROPE BV our distribution hub in the Netherlands for postal destinations in the EU.

Orders for EU distribution can also be placed with the AP UK office by phone or email.

Product Servicing: for more information on sending items for service from outside the UK, please click here…

Following  on from Gombessa I – the famous Coelacanth expedition in 2012 – marine biologist Laurent Ballesta and his team of biologists, photographers and film-makers  have completed another successful mission to French Polynesia and in the process, clocked up another world record dive – 24 hours underwater using AP Inspiration rebreathers. 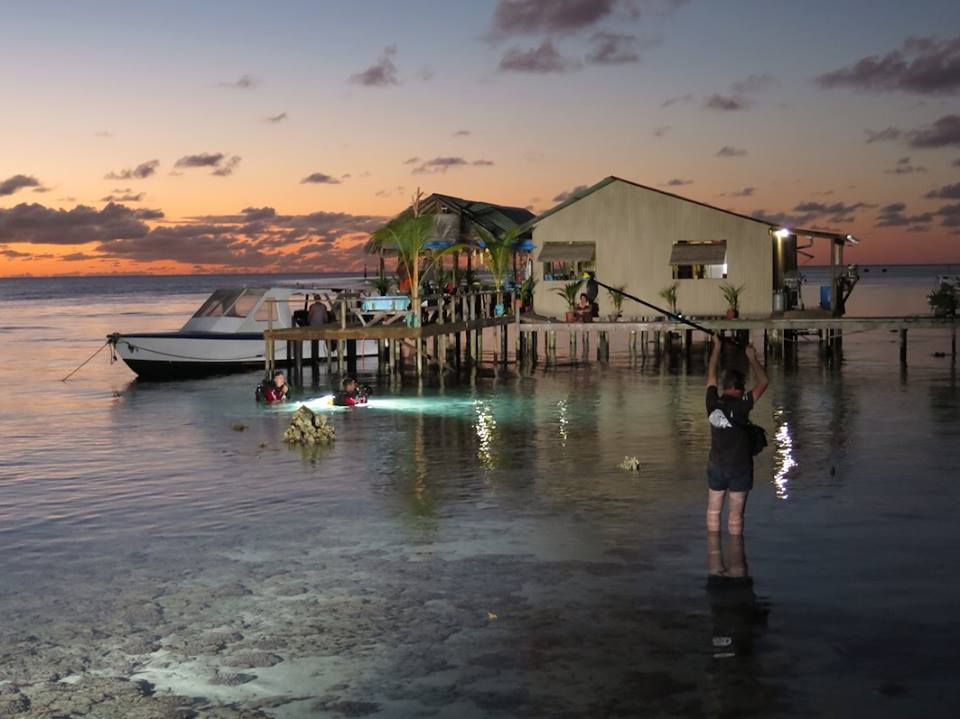 The objectives and challenges

This scientific expedition took place at the South pass of the Fakarava atoll in the Tuamotu Archipelago, French Polynesia and was designed, organised and led by Laurent Ballesta, marine biologist, deep diver and underwater photographer. The heart of the mission was to capture a unique aggregation of marbled groupers of the Pacific, Epinephelus polyphekadion, and illustrate how their spawning plays a key role in the balance of the lagoon ecosystem.

Thousands of groupers somehow hear a deep call once a year at full moon and congregate at Fakarava’s South pass only. They mate for an extremely brief and spectacular moment. 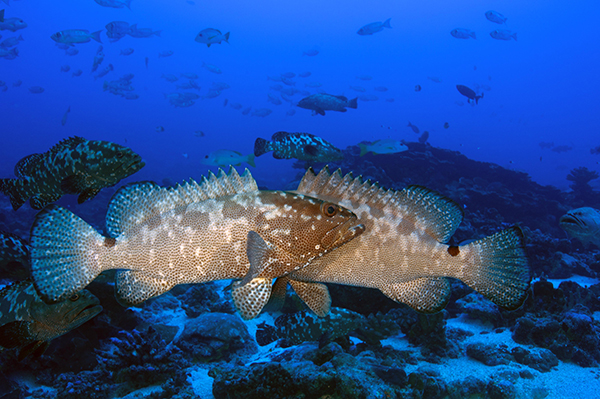 Because of its intensity and uniqueness, the grouper aggregation phenomenon has been studied for the last two years by the CRIOBE, the Center for Insular Research and Polynesian Observatory of the Environment, linked to the CNRS, the French National Center for Scientific Research. Their scientific observations still await answers.

Many issues needed to be solved, regarding for instance: 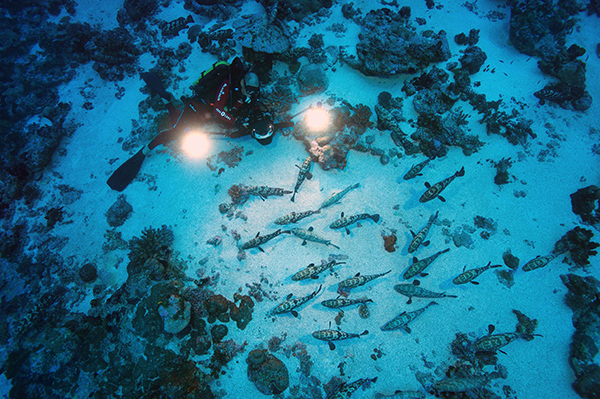 To solve these mysteries a complete physical and biological monitoring of the South pass of Fakarava was set up for the first time ever involving: seabed mapping, sonar tracking, acoustic analysis, study of ocean currents, aerial photography and 24/7 fixed surveillance cameras. 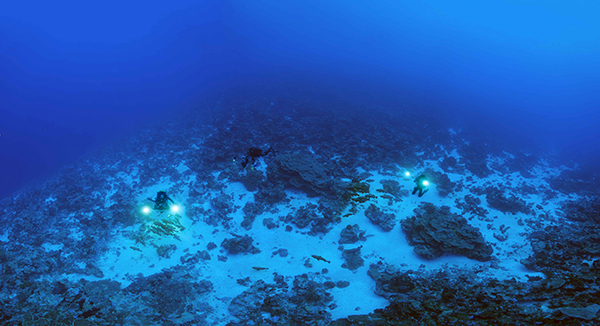 Some of the best underwater cameramen in the world have been hired to complete this exceptional assignment. 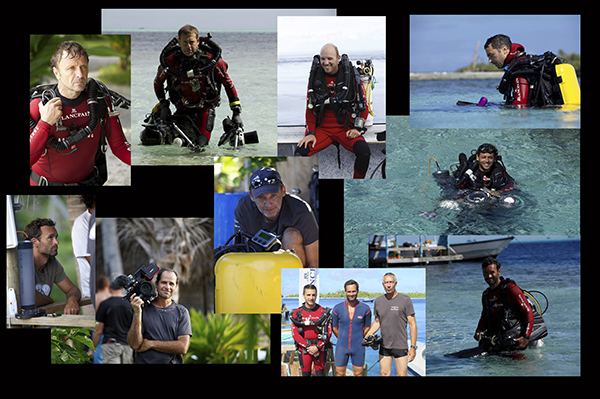 Assessment of the expedition

On the scientific level, several papers will be published, as new relevant knowledge has been found for instance about the sharks present.  Indeed, the pass seems to be home to what may be the largest population of sharks of the Indo-Pacific. Observations have also been made on the night-hunting in a pack of grey sharks and on their temporary migrations together with those of the groupers, in connection with the lunar cycle. Individuals of both species have been marked with acoustic tags and thus detected by receivers placed in various areas of the pass. 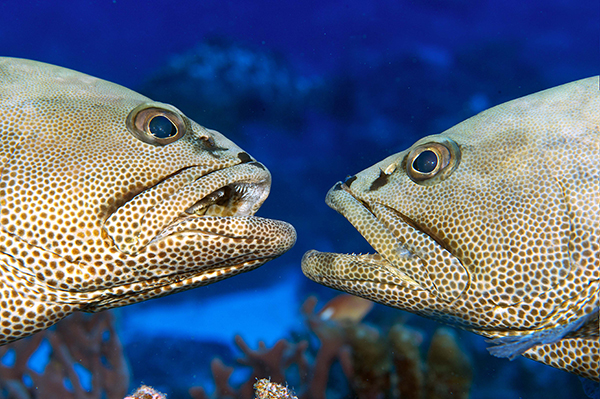 As for the heart of the mission – the groupers: several publications will help highlight different behaviours like fighting, courtship, mating etc. Other information gathered will be transmitted to the area’s managing authorities as they should prove useful, such as: we have sounded the alarm on the seemingly decreasing number of groupers – this needs to be assessed – and is crucial information given the fact that the South pass is listed as a Biosphere Reserve.

3D Mapping of the South pass of Fakarava atoll:

Another helpful tool the mission has produced is the 3D mapping of the marine landscapes and ecosystems of the pass, achieved for the first time. This mapping will help gain knowledge on the site.  In addition, observations made during a six hours dive at 160m depth revealed the presence of unusual geological structures such as unexplained vertical splits and also identified the presence of some rare species. 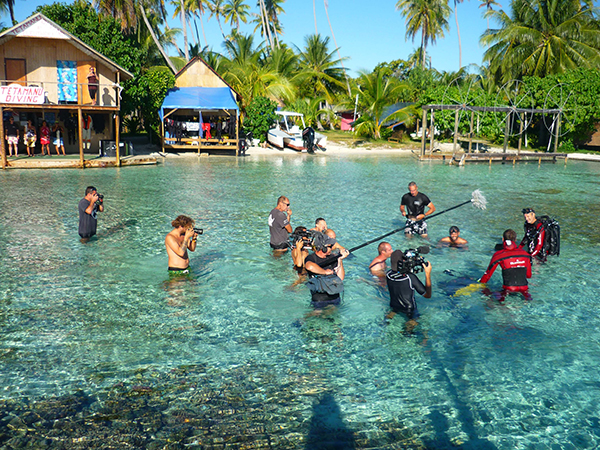 As for the image challenge – the mission was a success in the sense that the individual behaviours of groupers were filmed for the first time – migration, fights, courtship, predation, mating… On top of this, most images were shot at 2000 frames per second, allowing these activities to be accurately illustrated.

Incredible scenes of shark’ night-hunts were also filmed with the high-speed cameras, helping us gain new knowledge on this phenomenon. We observed a clear paradox between the clumsiness of isolated individuals on a hunt and the unwavering efficiency of their hunt in pack. The results in photography and video are breathtaking.

A 90 minute documentary film from the mission will be broadcast on the European cultural channel ARTE in 2015, while an English 52 minutes version will be distributed internationally afterwards.

Last but not least, the 24 hours record-breaking dive has been achieved by Laurent Ballesta, uniquely designed by Jean-Marc Belin, Diving Supervisor, and validated by specialized physiologists. 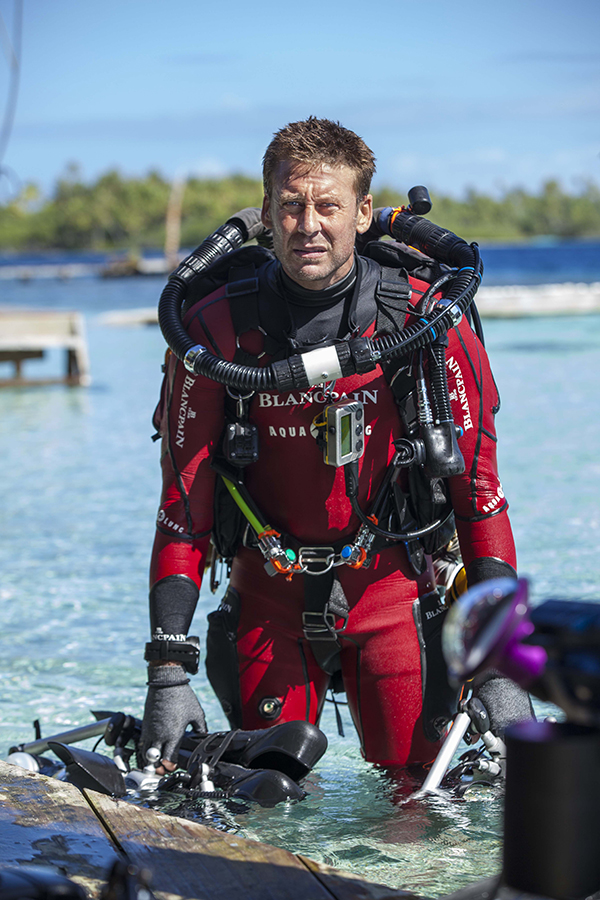 Only two hours of decompression were necessary for 22 hours spent at a depth of 20 to 25m. The incredible novelty lies indeed in the decompression protocol, which introduces a new way of fathoming saturation diving by using successive gas mixes. 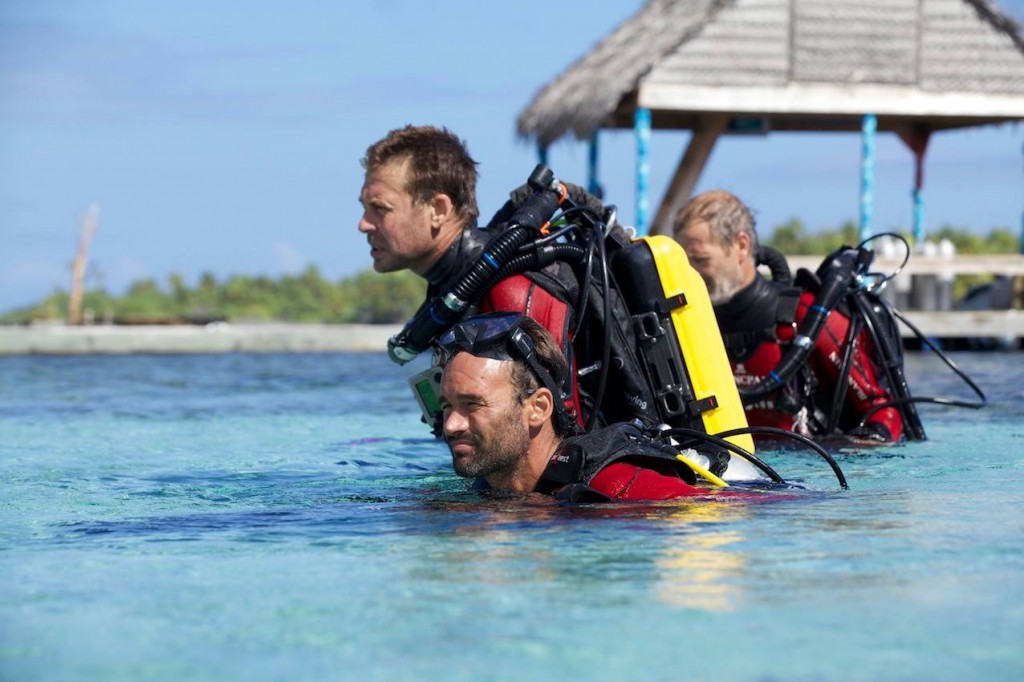